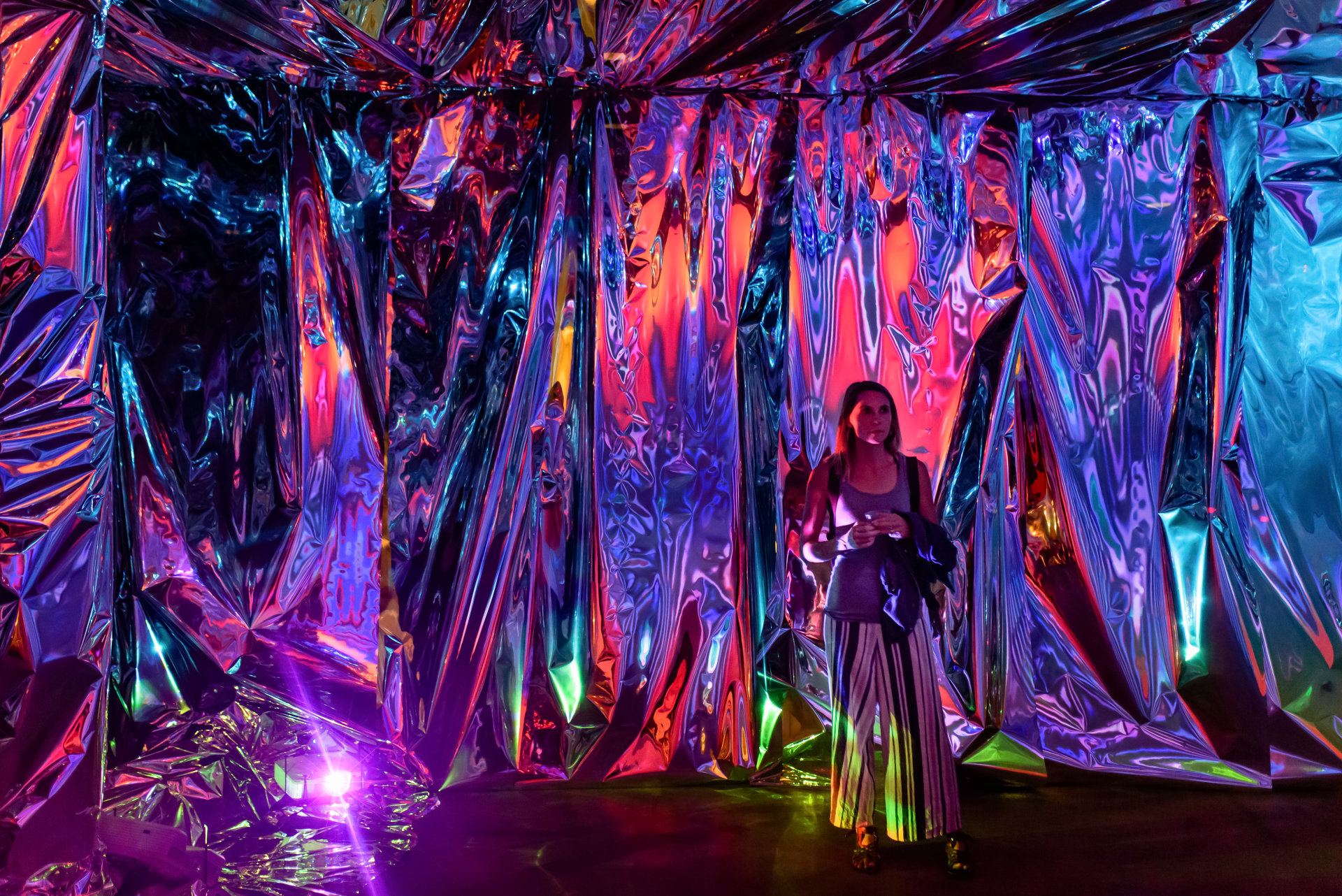 The space for the video installation was partially covered in moving mirror foil, so the projection was sculpted dynamically as well as geometrically through the displaced forms and their surfaces. tarnish became a dialog between the artwork as physical, projected and perceived representation.

The kinetic mirror surfaces added another layer of unpredictable motion and distortion to the set film sequences, releasing them into an iridescent materiality. Additional sequences have been created using analogue video synthesizers and were projected on a wall opposite to the mirror sculpture, so the physical reflections and their synthesized derivative meet in real space, revealing their inherent self-similarities as well as fractal-like ruptures within the softened architecture. 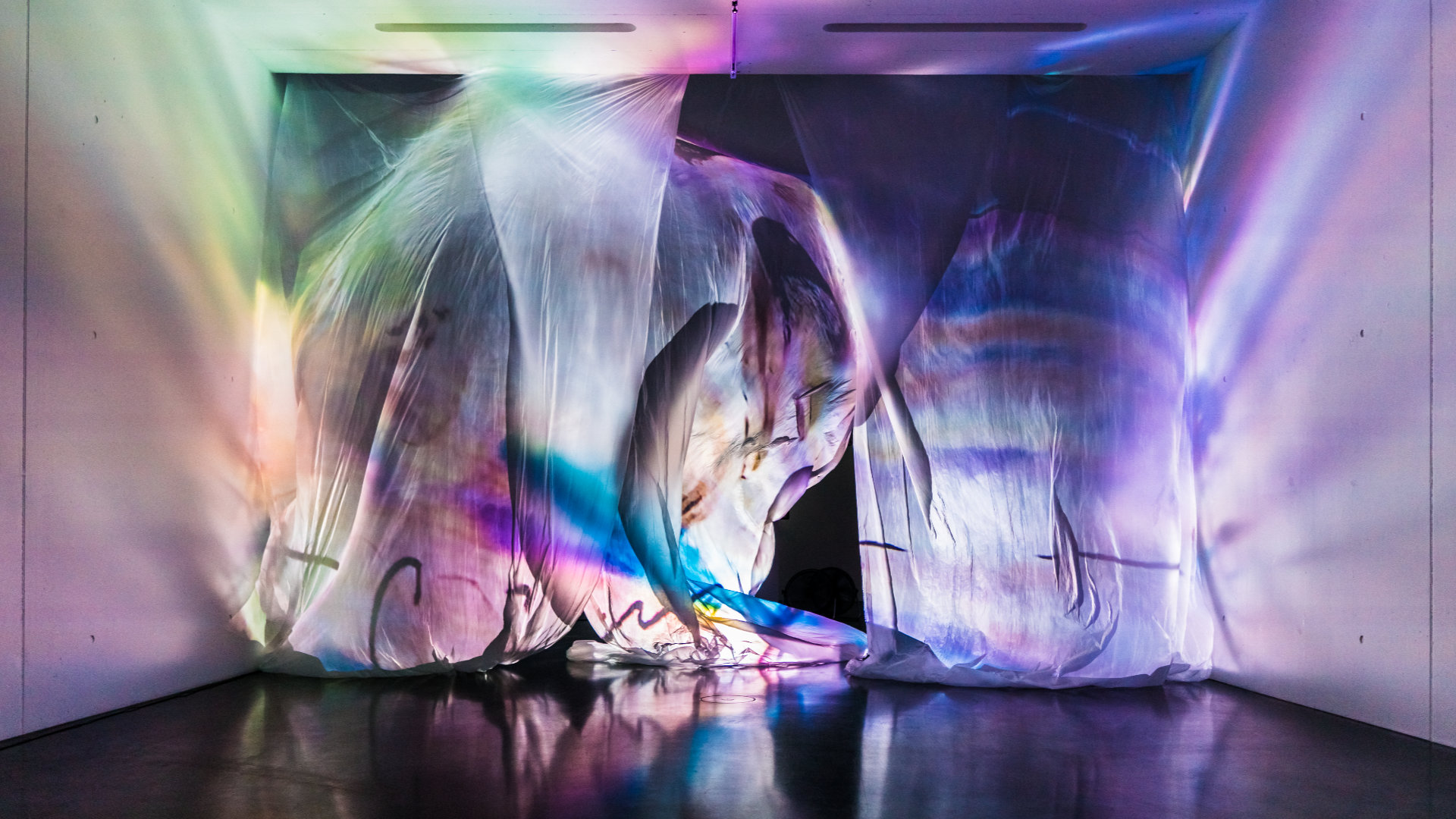 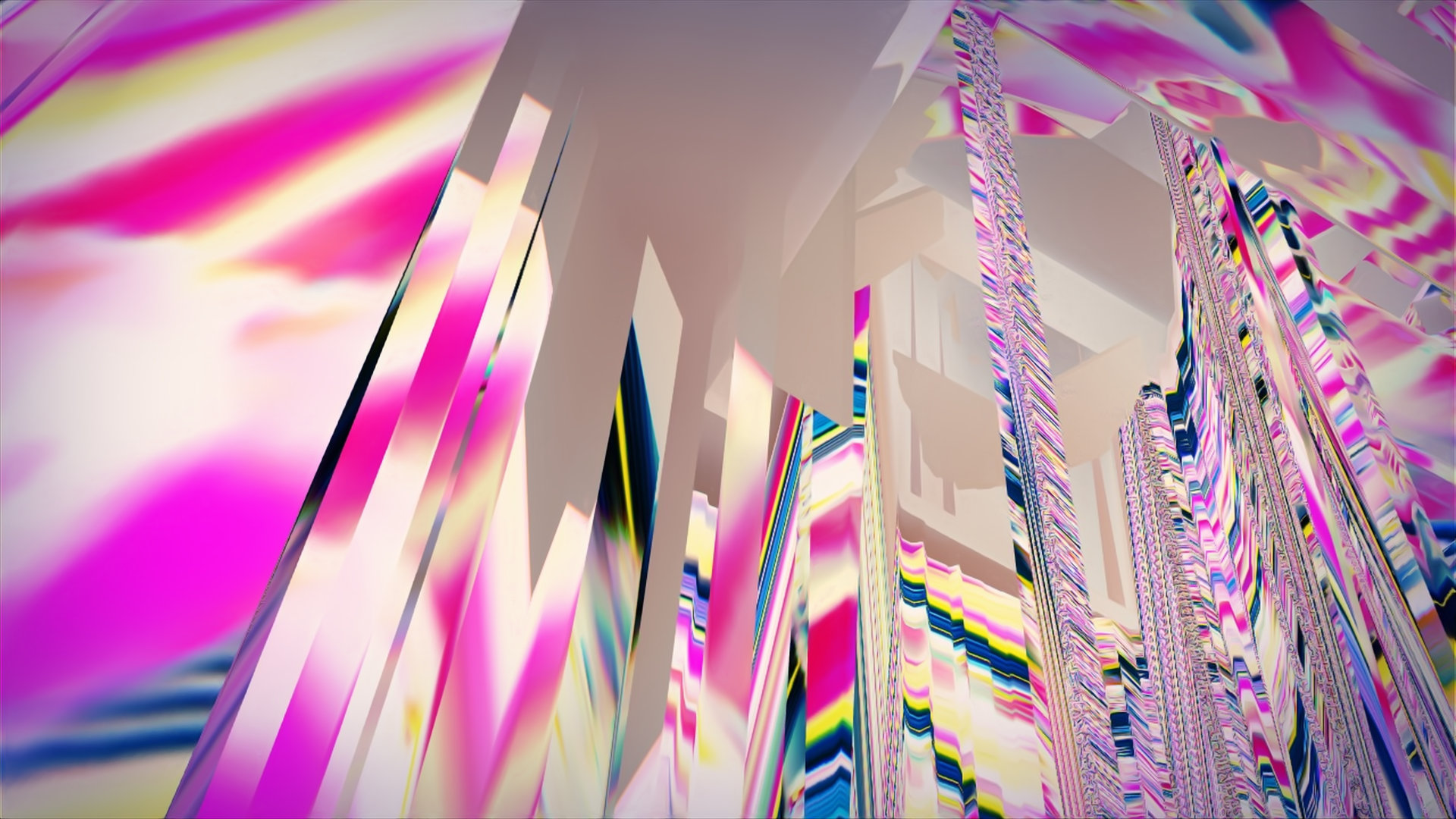