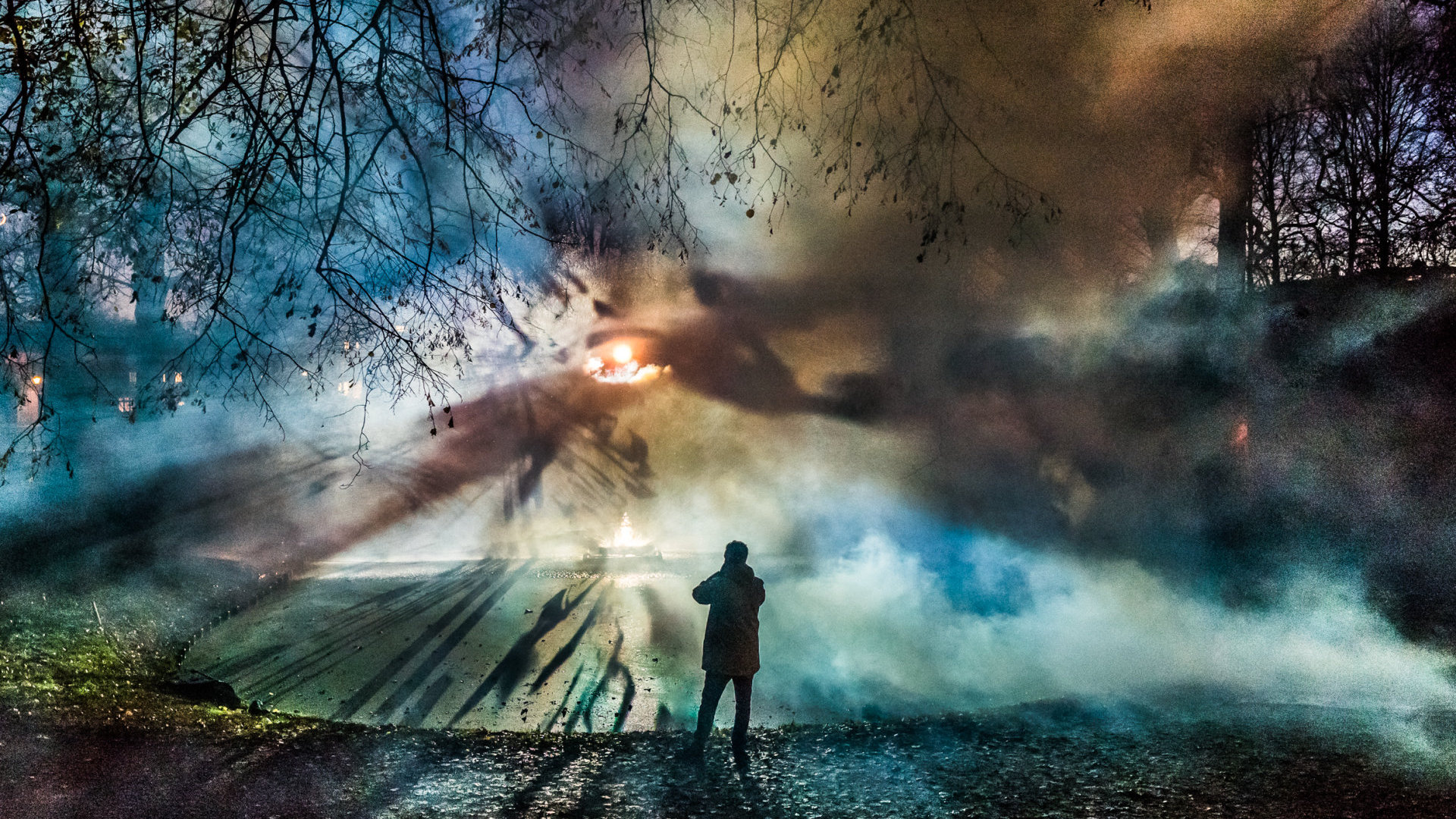 Commissioned by the LUNA festival, the artwork combines abstract video projections and immersive soundscapes with artificial fog and water fountains.

The primary projection surfaces in weven were thick layers of smoke, glowing in dense volumes of light, inspired by the neoclassical paintings of Joseph Wright of Derby, which depict burning cities and volcanoes, but also the smouldering fires of man-made catastrophes.

It invites spectators to experience the awe of nature, yet also a sense of loss of control at the Anthropocene’s forceful reshaping of earth. In the face of the evidence of humanity’s instrumental dominance of nature, the artwork tries to counter this by returning to an historical aesthetic discourse emphasizing nature’s dominance over humanity: the sublime.

The artificial fog and the natural weather forces of late autumn created a constantly changing atmosphere for the projection. The experimental video material itself consists of abstract imagery constructed to perform complex colour-mixing patterns using various scales of detail.

These are then scattered through water, fog and vegetation. The musical accompaniment by Nikolai von Sallwitz extends the environmental natural soundscape with processed vocal clusters and aleatoric music. In this dense speculative field between physical and virtual stimuli, weven geo-engineers on the limits of sensory perception and public participation.

weven is in direct lineage with Seidel’s environmental installations advection and tempest. 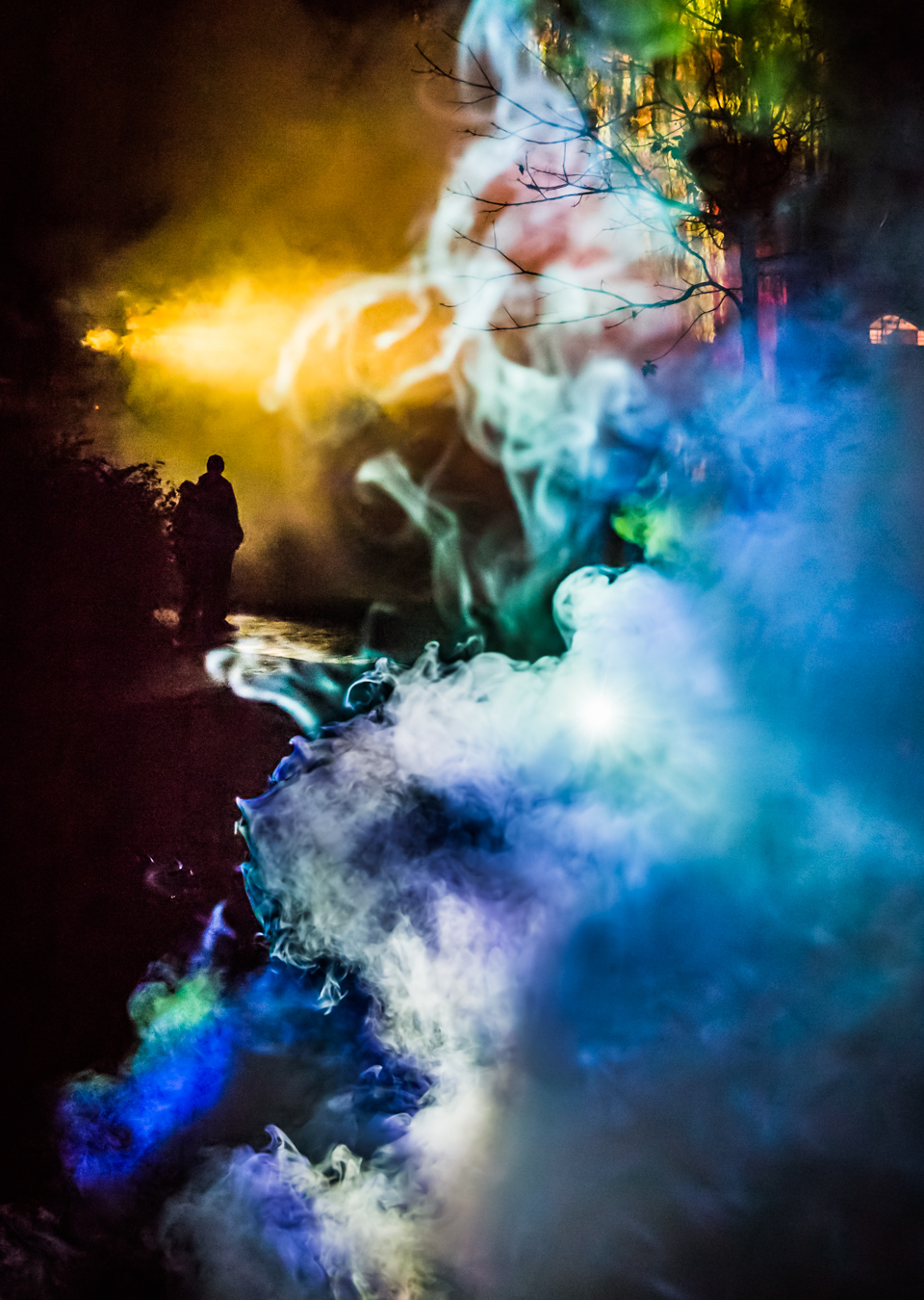 Thanks to Miriam Eichner, the whole LUNA team and everyone making this wonderful project possible! 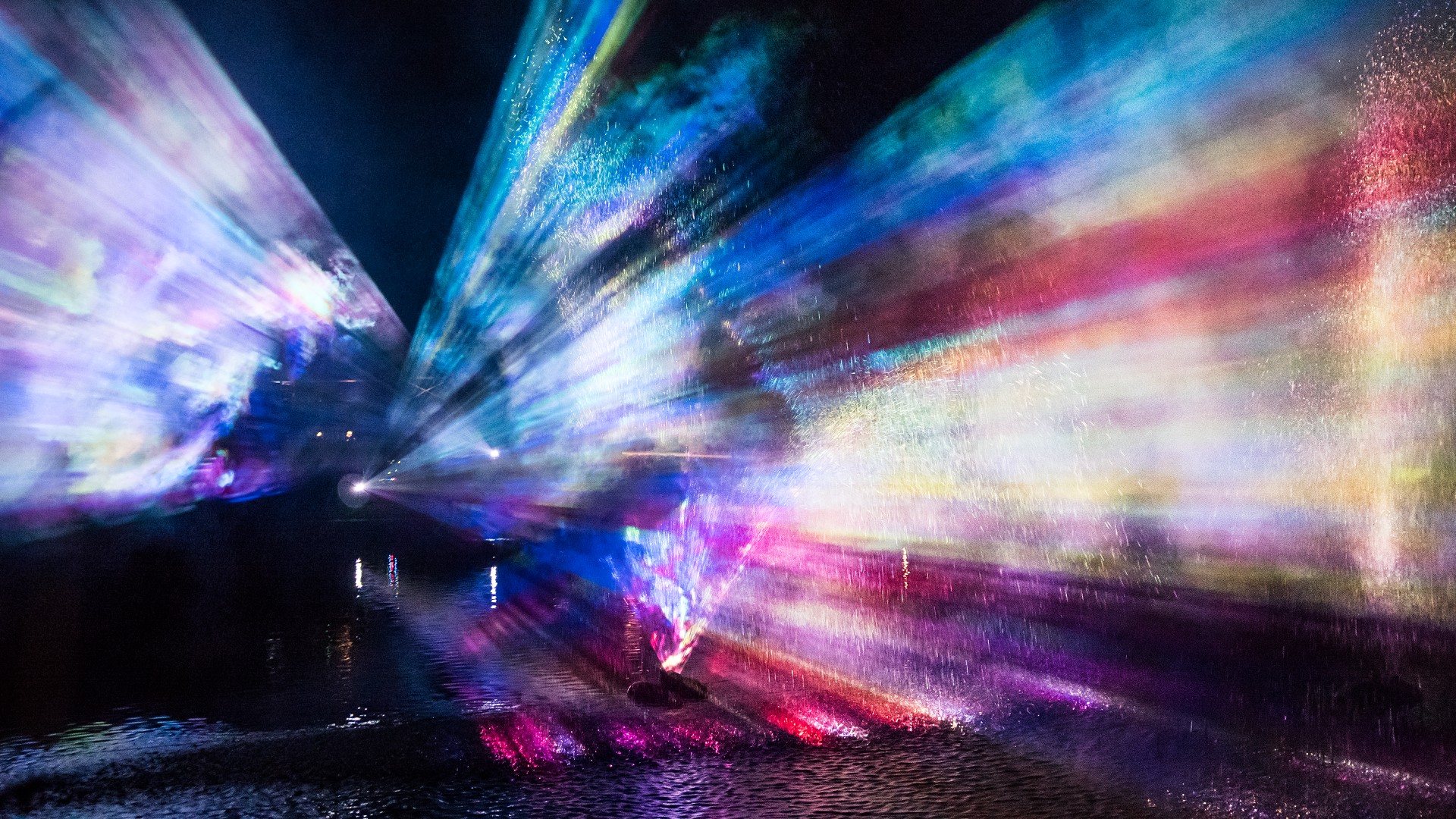 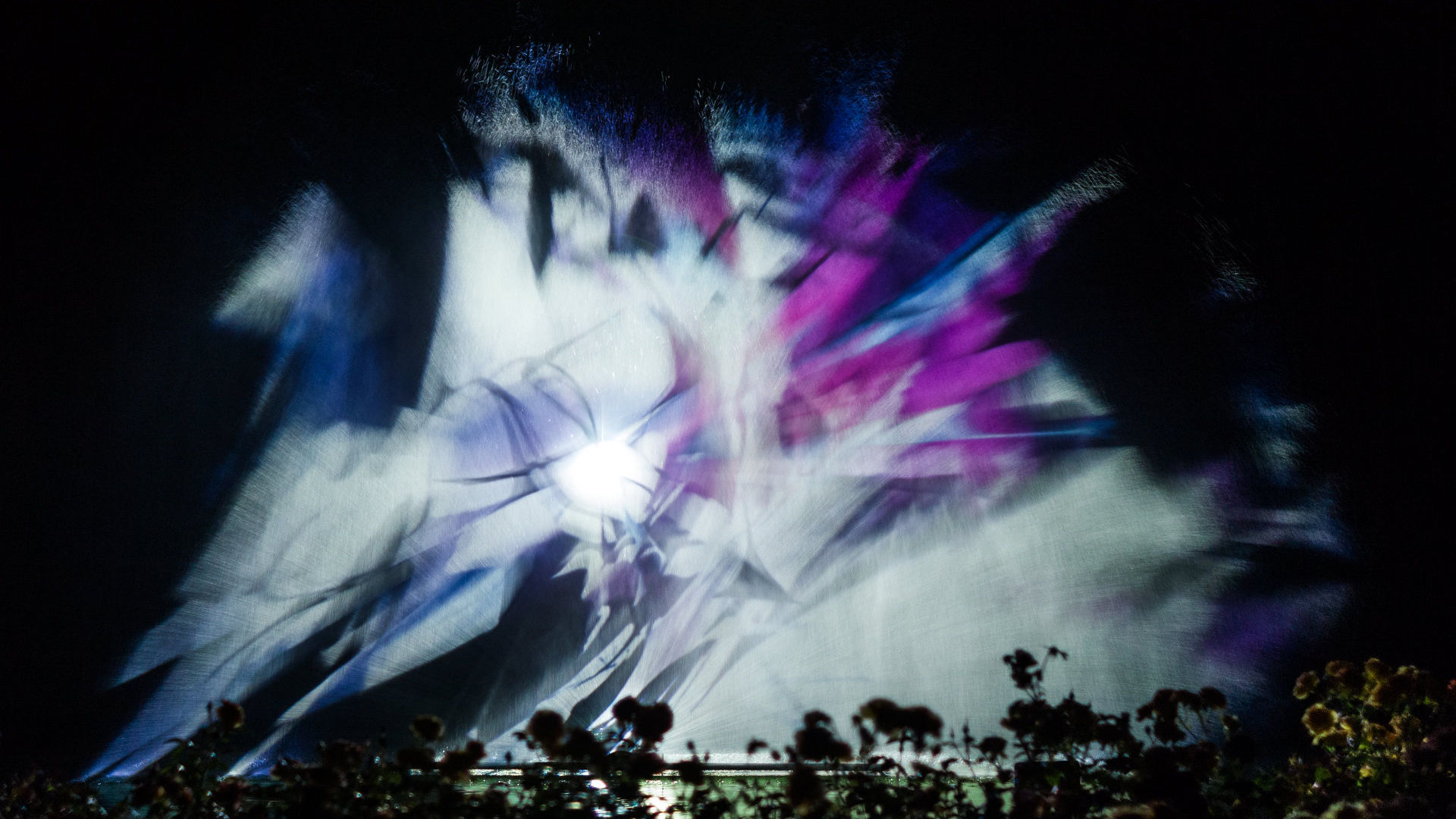